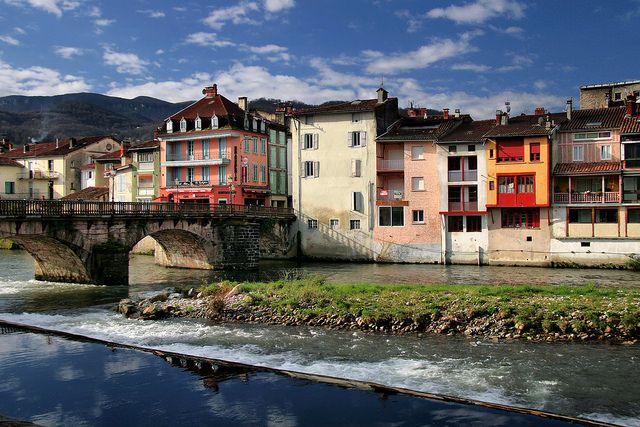 Today was Bastille Day and despite the short distance the day would turn out to be one of the most exciting with the Frenchman Warren Barguil at the front joined his fellow country man Thomas Voeckler (Direct Energie) on the attack as soon as the flag dropped at kilometer 0. They were soon brought back amid a flurry of early attacks ahead of the category 1 Col de Latrape. Alessandro De Marchi (BMC) forged ahead shortly afterwards, first in the company of Philippe Gilbert (Quick-Step) and Sylvain Chavanel (Direct Energie), and then alone as the road began to climb.

De Marchi was still in front come the summit of the Latrape but his adventure would be washed away shortly afterwards, as the day’s pivotal move took shape behind him. When Contador accelerated two kilometers from the top, he was joined by Mikel Landa and Warren Barguil and they proceeded to lead the race onto the day’s second ascent, the Col d’Agnes with a lead of 20 seconds over an already thinned out yellow jersey group.

Only Landa could match Contador’s pace on the lower slopes of the Agnes, and the Spanish duo quickly stretched their lead over Fabio Aru, Chris Froome, Dan Martin, Louis Meintjies and Simon Yates. Barguil, meanwhile, found a rather interesting chasing companion when Quintana, sensing the lack of cohesion in the yellow jersey group, opted to launch an attack of his own. They would be joined by Sky’s Michal Kwiatkowski, though the former world champion was under strict instructions to sit on the wheels rather than collaborate. By the summit, Contador and Landa were 30 seconds clear of the chasers and 2:30 ahead of the Aru group.

Just when Landa was on the point of becoming virtual race leader, Aru found a most unexpected ally of circumstance in the shape of Team UAE-Emirates, who set a tempo at the base of the Péguère, ostensibly in support of Louis Meintjes, which helped to keep the escapees’ lead under control.

Contador began to betray signs of suffering by the time the leaders reached the steepest section of the Mur de Péguère but Landa’s pedalling still seemed almost effortless as he took up the pace-making. Quintana and Barguil who had now dropped Kwiatkowski, finally made contact near the top, while behind, Dan Martin’s and Froome’s subsequent accelerations brought the eight-man yellow jersey group to within 1:43 as they began the descent to Foix with 27 kilometers remaining.

While the leading quartet collaborated well on the drop to the finish line, there was far less cohesion amongst the chasers, with Froome, Bardet and Uran all attempting to go clear. In the closing kilometers, Martin and Simon Yates (Orica-Scott) did manage to break the deadlock, and they would gain nine seconds on Aru by the finish.

Barguil held his nerve well in the four-up sprint and responded decisively when Contador opened his effort from a distance. He became the 1st Frenchman to win on Bastille Day at the Tour since David Moncoutié’s solo triumph in Digne-les-Bains in 2005.