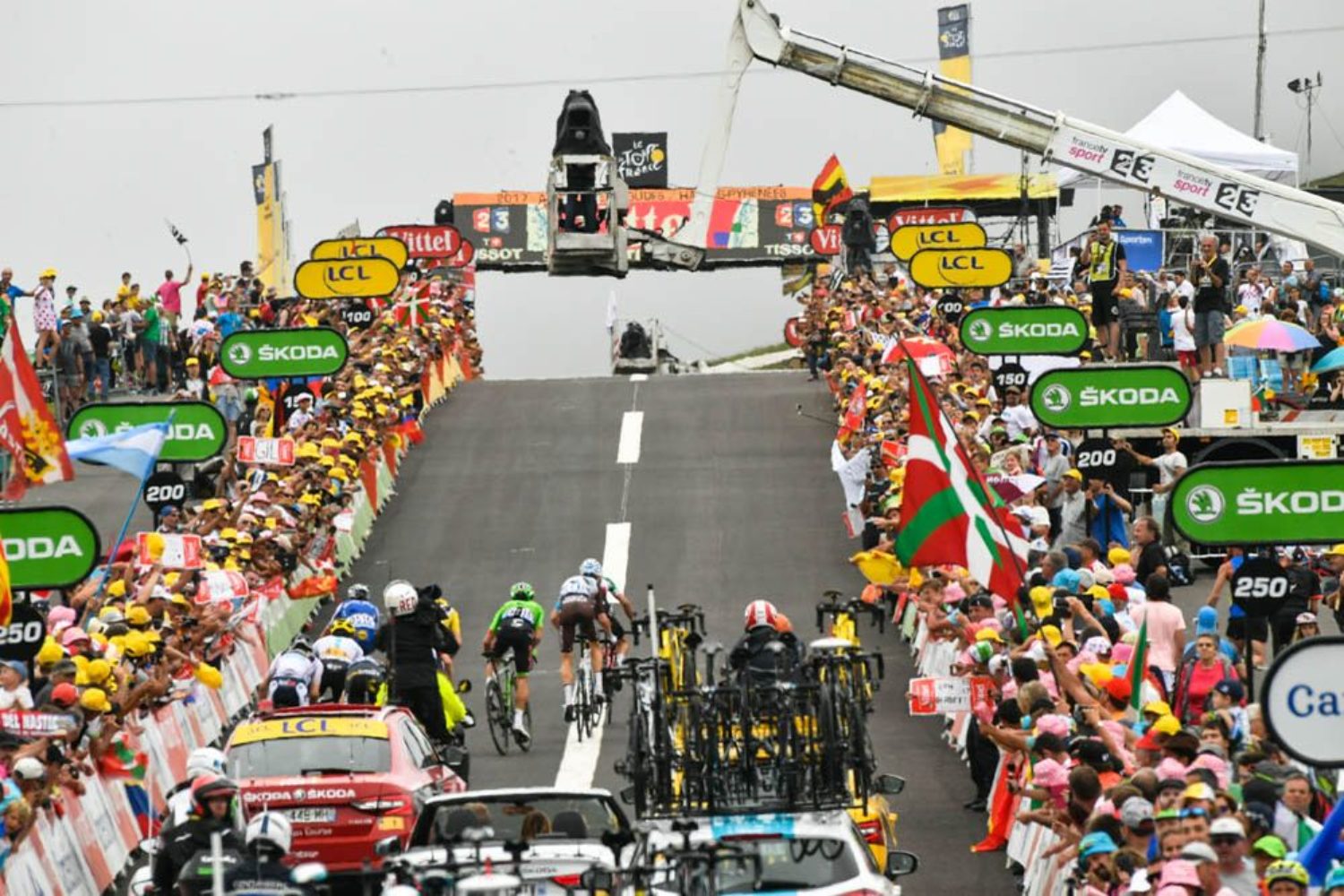 As they built a lead in excess of six minutes, the chief entertainment came from the duel for the green point’s jersey classification between Marcel Kittel and his chief rival Michael Matthews. Although Matthews won the intermediate sprint in Loures-Barousse, he had a net gain of just two points to show for his efforts as Kittel came past the line just behind him.

Kittel eventually dropped back on the category 1 Col de Menté where things just got a little too hard for the big German sprinter. The break managed to stay together until the day’s fourth climb, the hors categorie (Out of Category) Port de Balès, which signaled the beginning of real hostilities, both in the leading group and in the main peloton.

Up ahead, De Gendt went on the offensive five kilometers from the mist-shrouded summit, before he was joined and then dropped by Cummings, who was, like Bardet, targeting a third stage victory in as many Tours. The British champion crested the top with a lead of two minutes over a yellow jersey group where Team Sky, as per habit, had begun to impose its rhythm.

Jakob Fuglsang (Astana), who suffered a fractured wrist in a crash on Wednesday, was among those distanced as Sky turned the screw, and their pace-making was such that a tentative acceleration from Contador was washed away in seconds. Only Warren Barguil (Sunweb), who was chasing king of the mountains points, managed to slip away, but he was reeled in over the other side along with everyone else bar Steve Cummings.

On the approach to the foot of the Peyresourde, only 20 riders remained in the yellow jersey group. Sky with four riders was the only team present in numbers. Indeed, Froome’s rivals have become so conditioned to Sky’s dictating of the terms of the engagement that they simply slackened the pace and waited for the men in white to resume their duties on the front when the race leader briefly went off the road on a sharp right hander he overshot.

In my opinion, it was not right for the others to have waited, it was a clear mistake and it needed to have been taken advantage of. To prove my point, even when Michal Kwiatkowski, Mikel Nieve, Landa and Froome slowed to empty their food musettes (Food Bags), nobody dared to attack…

The day’s final selection came on the Peyresourde, as Kwiatkowski’s fierce pace-making burnt off Nairo Quintana (Movistar) some six kilometres from the summit. Cummings was caught soon after Nieve took over and the front group was down to only the main contenders by the time it reached the summit, where Contador finally yielded and lost contact.

After a short descent, Landa controlled affairs with apparent ease on the 2.4km climb to Peyragudes, smothering Bennett’s late attack for good measure. It seemed to be business as usual for the Sky machine, only for a rare malfunction in the closing metres where, Froome cracked with 300m to go giving up the Leader’s yellow jersey to rival Fabio Aru (Astana).

Aru, Bardet, Landa and Rigoberto Uran broke clear in the final meters and went for the stage win. Bardet was best of the rest and won the stage.