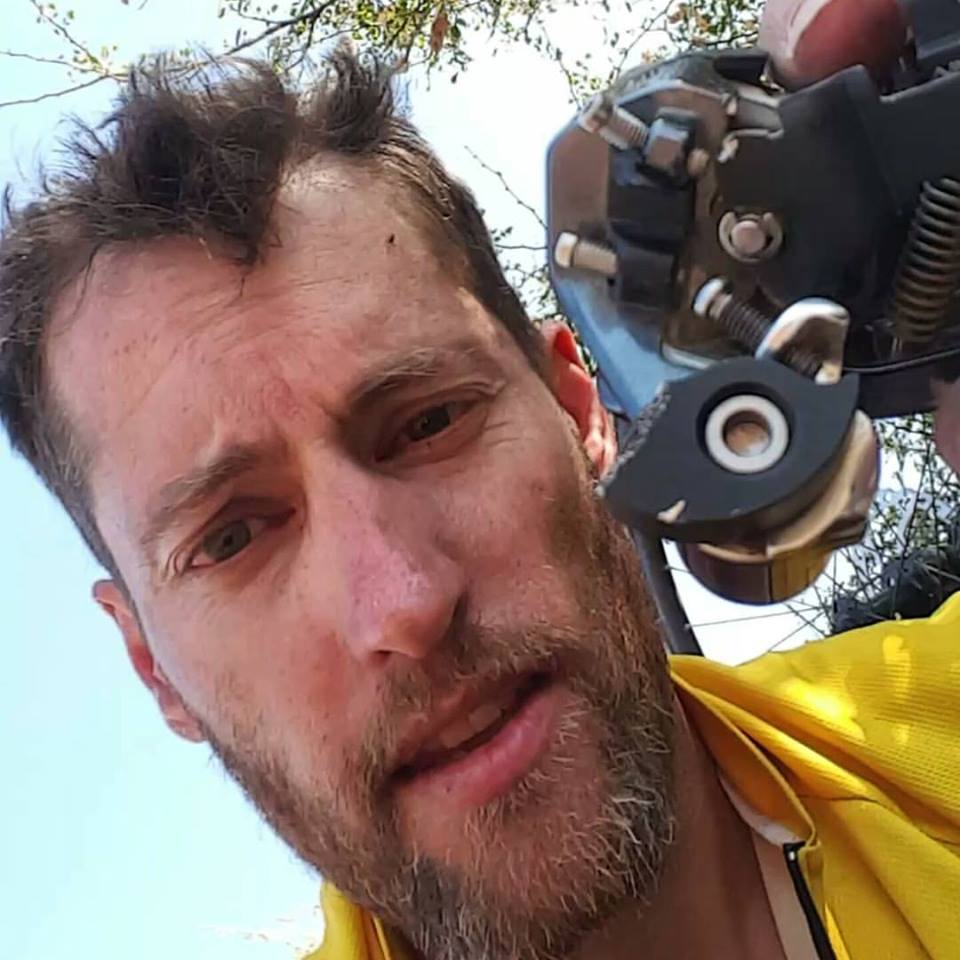 “Argh. So it happened… ? One of the very major things that could go wrong happened yesterday. ? My derailleur hanger snapped and the rear derailleur ended up in the spokes of my wheel. Probably just about second to the frame breaking in terms of “Things That Could Finish Your Bike Trip”. I was 50 km from finishing the day and 200 km from Ethiopian border. After taking everything off, I could see the derailleur was ultimately beyond repair so I shortened the chain to try and convert the bike into a single speed to see if I could get to Gedaref. It worked for about 20 km or so but then kept jumping and getting stuck in the cassette. So I’d have to turn bike over and move it back. After doing this 6 times in 5 km, a bakkie pulled over and I hitched a ride into Gadaref. Unfortunately now, the chain isn’t working and it needs to be shortened again, but I’ve used my spare links up and need some more to fix it. In hindsight I should have hitched a ride straight away and not tried to fix the bike on the side of the road in 40 degree heat. I’ve also realized that I have 2 bent spokes where the derailleur went into the wheel which need to be replaced. I have spare spokes, but I’ve never replaced a spoke or trued a wheel! Haha this is going to be interesting. So it looks like I am going to try and get some spare parts sent to Addis Ababa. In the meantime I’m going to take another day here and try and fix the back wheel ? and wait for another cyclist who is coming north and arrives in Gadaref this evening. After that I’m not sure! If the back wheel is ok that’s great, but then the chain is still broken, if I can’t true the back wheel properly and my single speed option doesn’t work then I need a proper bike mechanic and my best bet is probably finding one in Addis which means travelling through to Addis but not being able to ride :(”

DHL have just picked up the spare parts from BH South Africa that Grant needs and he should have them in a couple of days.