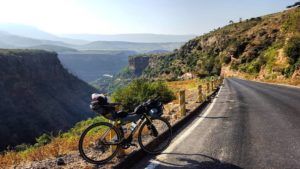 That day when you think you’re in for lots of downhill and then you just climb and climb…My Garmin is looking a bit worse for wear these days ?. I stopped to take a pic as I was flipping surprised to hit 3000 m altitude on this day! I had started out from the edge of the Nile Gorge at 2500 m and been expecting to go downhill! Haha good one Grant. As it turned out, I eventually hit 3300 m and I was only halfway through this roughly 15 km climb (and wasn’t in the best mood by then, I won’t lie, nothing like a climb you weren’t expecting)…on the top of the plateau was a freezing cold wind and my teeth were chattering (even when climbing) when I decided to stop to unpack my gear and put on my baggies and warm rain jacket and full fingered gloves! The ride got better after that eventually including a magnificent downhill off the plateau ?. 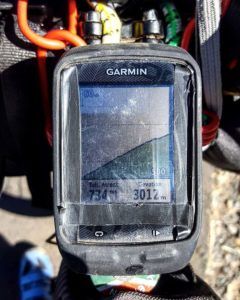