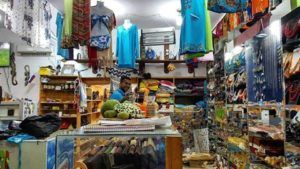 Hamdi lets me hang out in his shop and use the wifi for free if I buy a drink. Works for me.

? Took a rest day today. Didn’t really want to as it means I sacrifice a sightseeing day in Luxor or Aswan, but am feeling totally exhausted. I wanted to go snorkelling, but couldn’t find the energy. Even walking to the shop felt really hard and I’ve slept most of the day. I definitely went too hard and fast out the blocks for my current fitness! Have also been lazy in not drinking enough on the bike. Paying for it now!

?Tomorrow is 170km (1300m climbing) to Qena and so I will try leave super early, take it really slow and 5km at a time. And maybe not ride between 12-2. The day after is a short day to Luxor, so that’s my short term goal. Tomorrow I also head back towards the Nile which I’m looking forward to. The Red Sea has been great, but has been sparsely populated, is very geared towards big resorts and is quite commercial. The Nile will bring more people, more villages and greenery and more hills…according to other cyclists accounts, I’m also expecting to probably pick up a police escort at some stage

? Haven’t been stopped at one police checkpoint on the Red Sea road which has been great! Think that will change tomorrow. OK time to hit the buffet table and make my money back