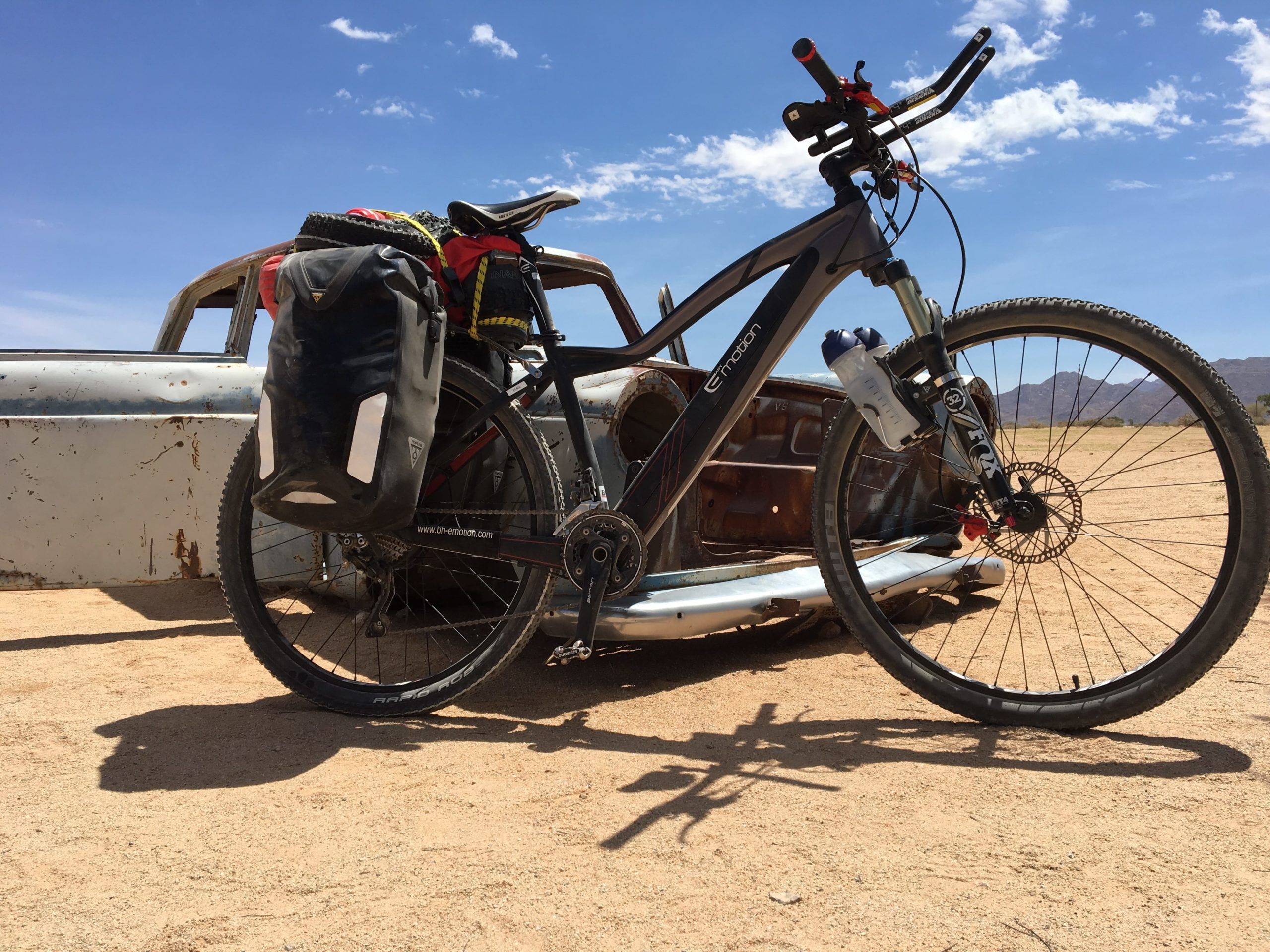 Lionel Waker recently traveled alongside Grant Clark from the Afrikalegburn Challenge between Windhoek and Cape Town. If you have been following Grants Afrikalegburn challenge you would know about his adventure that started in Cairo. Lionel who is a longtime friend of Grants decided to purchased an electric bike and join Grant on the final leg of his epic journey. See what Lionel had to say below:

I’m a fairly accomplished cyclist with a sub 3 Argus and a Cape Epic under the belt. Why would I want an e-Bike? For the simple reason that the mate Grant, who I was joining in Windhoek, had pretty much been on his bike every day for 3 months prior. Riding from Cairo towards Cape Town. I didn’t have the time to do the necessary training and I didn’t want to slow him down or cut his days short. Having an e-Bike would give me the choice of whether to use just my own 2 legs or get some help along the way if I was hindering Grant’s progress.

Some of the planned route was off-road so the flexibility of a MTB was appealing. The battery life of the bike was good so I knew I’d handle the 180 km days even if I got into trouble.

No – absolutely not. It’s like riding a bicycle. It just feels like you have Chris Froome’s legs when you need them. The motor responds to your pedaling and the responsiveness/sensitivity can be set.

Did the bike manage the 1400 kms and was it reliable on the dirt roads?

We eventually had to abandon the dirt roads in Namibia because some of them were so corrugated, but the bike didn’t miss a beat. Not once. Its reliability was faultless.

My standard answer to that is that you have to ride the bike yourself to answer that question. Even on our 13 hour days I had some battery power left at the end of the day, but I used it very carefully and selectively. If you ride at 25 km’s per hour up a steep hill on the max setting it’s not going to last as long as if you put it on the lowest setting and use it selectively on the same climb.

Did it add value to the experience?

Absolutely. I didn’t slow Grant down. When I was gatvol I could use some epower. After the days ride when we had a category 1 climb between our accommodation and the restaurant and I could relax and cruise into dinner without having broken a sweat. I could stop to take photos and easily catch up. I could shoot ahead and stop to get photos of Grant riding towards me.