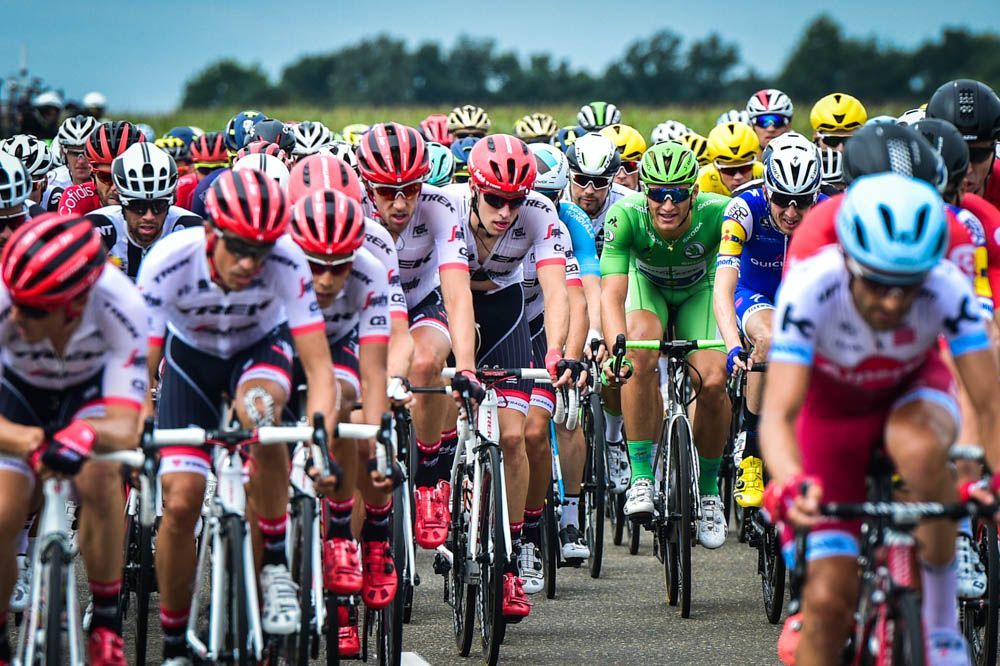 With many riders aiming to have another relatively calm stage before the challenges of the Pyrenees this week, a three-man group of Merciej Bodnar (Bora Hansgrohe), Fredrick Backaert (Wanty-Groupe Gobert) and Marco Marcato (Team UAE Emirates) were allowed to attack from km 0 and quickly establish a lead of four minutes.

The peloton seemed to have the breakaway in check throughout, never permitting the gap to grow too large and a simple catch looked to be close when the gap fell to 30 seconds with 30km to go.

However, the gap held for another 5km before Bodnar then attacked, leaving Backaert and Marcato behind and restoring his lead to over one minute. The stage was not without drama, with Dario Cataldo crashing in the feed zone and breaking his wrist, eliminating him from this years Tour. Then Alberto Contador (Trek Segafredo) and his team mate Michael Gogl crashing at the 20km to go point but once remounting he used the team cars and returned to the safety of the peleton.  we will only know later as the week how these falls will affect him.

The sprinters’ teams responded but Bodnar – a gifted time trial rider – drew on every reserve to still lead into the final kilometre only to be swept up with only 250 metres to go, eventually rolling over the line in 54th place.

“I am disappointed because I was caught in the last 250 metres and it was my best day and I wanted to win for my team, for Peter Sagan [who was disqualified after stage four] and my dad who died two months ago,” Bodnar told ITV4.

“The last 20km was my best time trial but I’m not happy about today – I can be happy about my legs but not about the result.”

The sprinters team brought their leaders to the front in the final km’s. Marcel Kittel in the green points leaders jersey was laying in approximately 20th place when they hit the flame rouge (the 1 km to go road marker) but with plenty savvy and panache, moved his way to the front in the last 350m, without any team support to win his 5th stage of this year’s Tour de France, further extending his lead in the green points leaders jersey over his nearest rival; Michael Matthews.