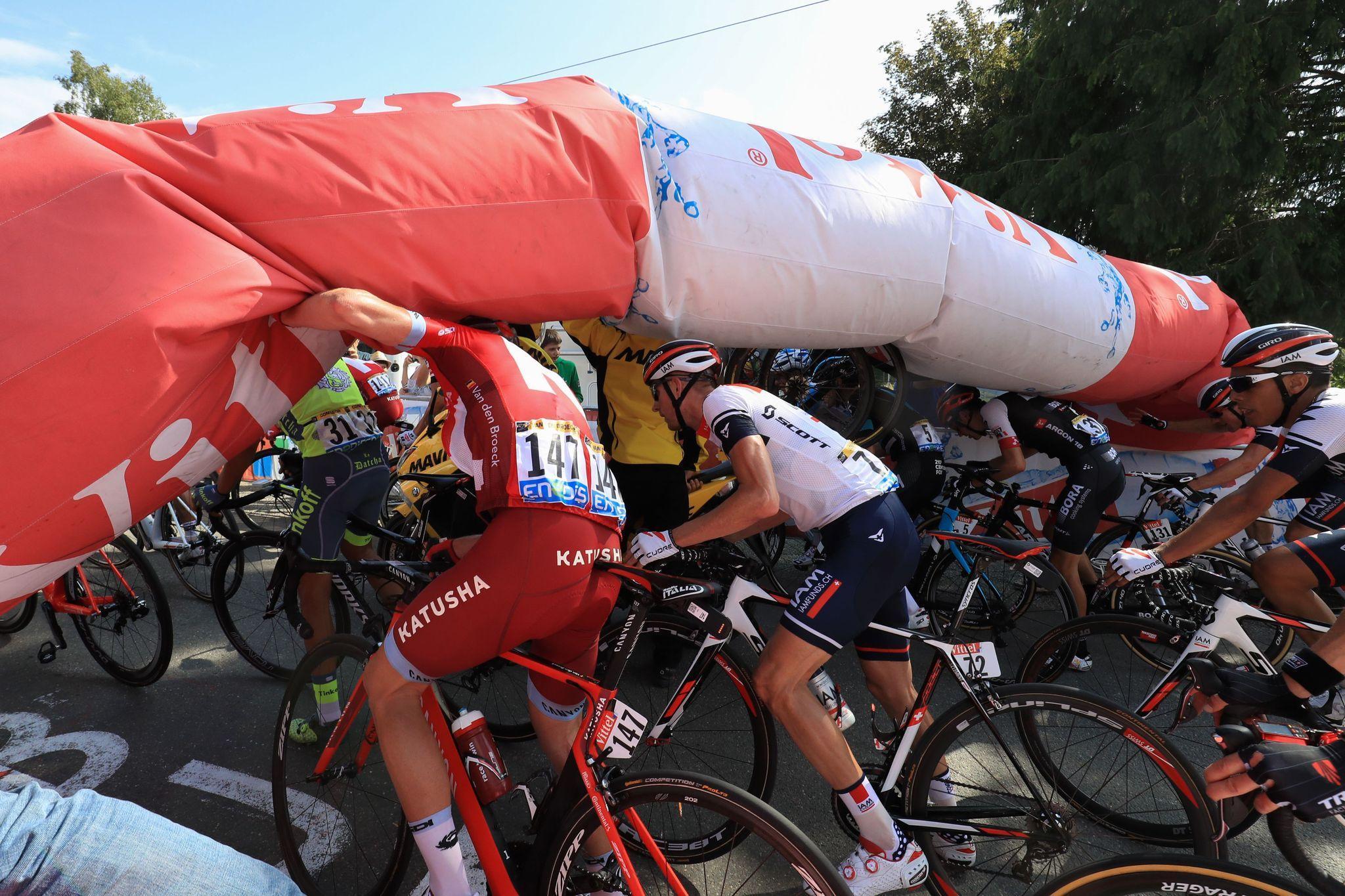 Marcel Kittel (Quick-Step Floors) claimed his third stage victory of this year’s Tour de Franceand the 12th of his career on stage 7 to Nuits-Saint-Georges, but was given the strongest challenge yet by Norwegian Edvald Boasson Hagen (Dimension Data) who came within six millimeters of the win, according to the photo finish.

The predicted crosswinds never became a problem for overall race leader Chris Froome, whose Team Sky left the bulk of the work chasing the day’s four escapees to the sprinters’ teams. He remains in the lead by 12 seconds over teammate Geraint Thomas and 14 on Fabio Aru (Astana).

On the attack in the Tour de France, Adam Yates was suddenly performing a somersault in midair after an inflatable arch marking the final kilometer collapsed and hit him during a bizarre finale to Friday’s seventh stage.

Yates hit the ground hard, bloodying his chin and bruising his shoulder. Still, he was able to get back on his bike and reach the finish shortly after his countryman, Steve Cummings, won the first of four stages in the Pyrenees with a solo attack on the Col d’Aspin climb.

“I had no time to react,” Yates said after getting his chin stitched up. “It’s a good thing it was just me on my own. It could have been a lot worse with the peloton sprinting at 70 kph [45 mph]. I can’t tell you what happened. The barrier came down.”