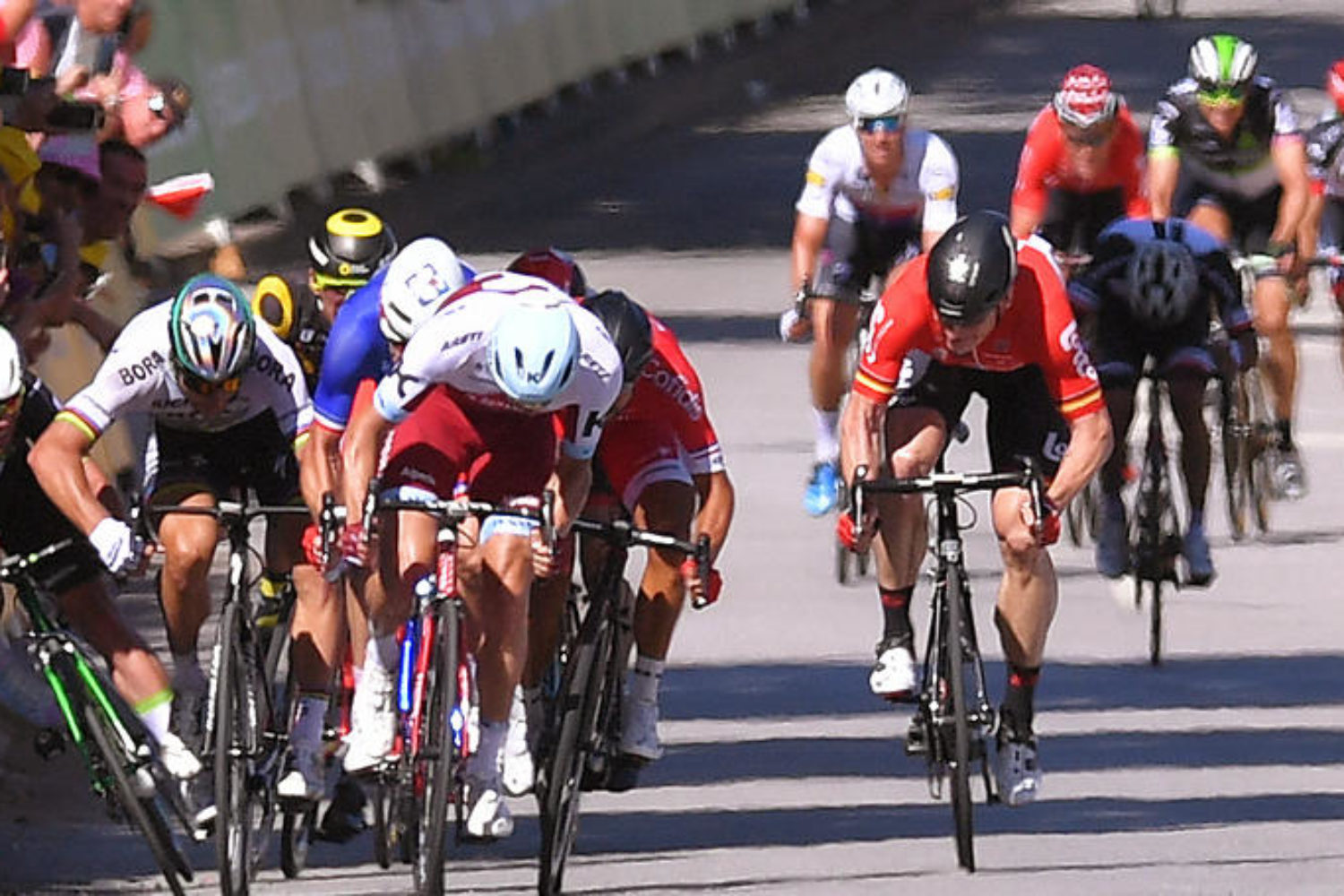 FDJ’s Arnaud Démare won the fourth stage of the Tour de France in a hectic sprint that saw world champion Peter Sagan (Bora-Hansgrohe) disqualified from the race for the part he played in a late crash.

All was set for a bunch kick when lone breakaway rider Guillaume Van Keirsbulck was reeled in by the pack with several kilometers to race but multiple pileups occurred as the peloton approached the finish line in Vittel.

Race leader Geraint Thomas (Sky) hit the deck in a crash with around a kilometer to race, although he would ultimately remount and cross the line without incident, retaining his race lead due to the three-kilometer rule. Closer to the finish, Sagan drove Dimension Data’s Mark Cavendish into metal barriers as they fought for position in the final sprint, causing Cavendish to crash hard and bringing down others behind.