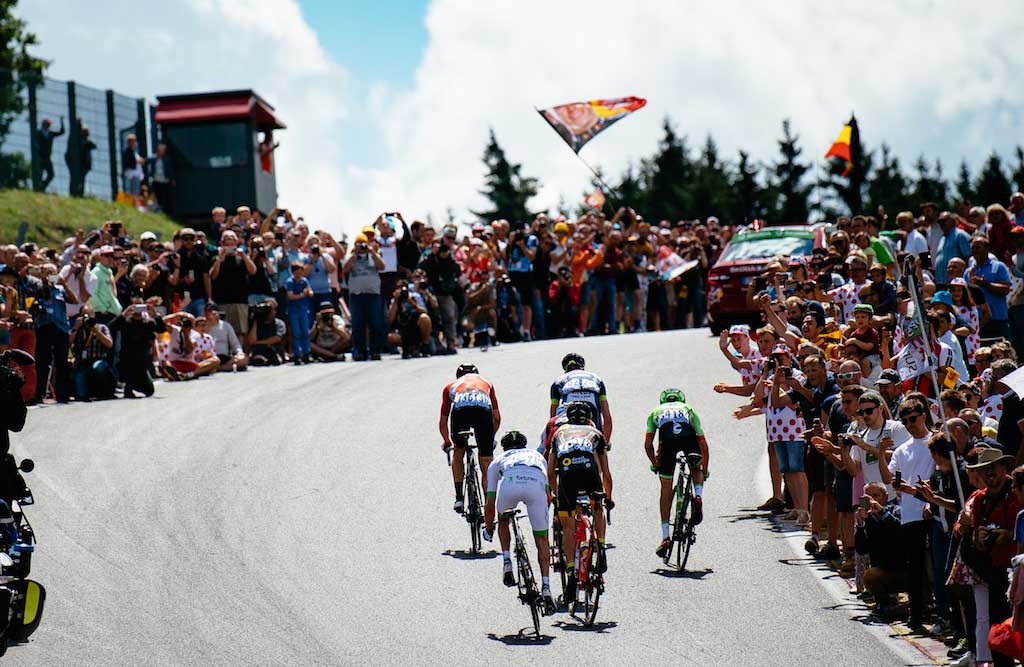 The six breakaway riders looked set to be caught as they were never allowed to get too far ahead, but with 60 kilometers to go Lotto-Soudal’s Thomas De Gendt led a break from the peloton and took Lilian Calmejane (Direct Energie) and Pierre-Louis Perrichon (Fortuneo with him).

The trio caught the breakaway in no time and thanks to their fresher legs, moved to the front of the race, with only Romain Hardy able to go with them. The Frenchman Lillian Calmejane looked the strongest of the front group and dropped his fellow three riders just over 20 kilometers from the line. A stage win for the 24-year-old looked highly unlikely, though, given the climbing at the end of the run, and so it proved. The peloton swallowed him with just under 10 kilometers of the stage remaining.

There was a lot of jostling for position as the final climb began, and at one point it looked as though it could be a GC (General Classification) battle at the head of the race as Porte broke to the front. Alberto Contador (Trek Segafredo), Gerraint Thomas (Team Sky) and Froome (Team Sky) were all well placed. However, Sagan eventually appeared and cruised to the front, and even when he pulled his foot from his pedal and having to recleat he pushed into the sprint for the finish line full bore & no one could not prevent the Slovakian from winning an eighth stage on the Tour de France.