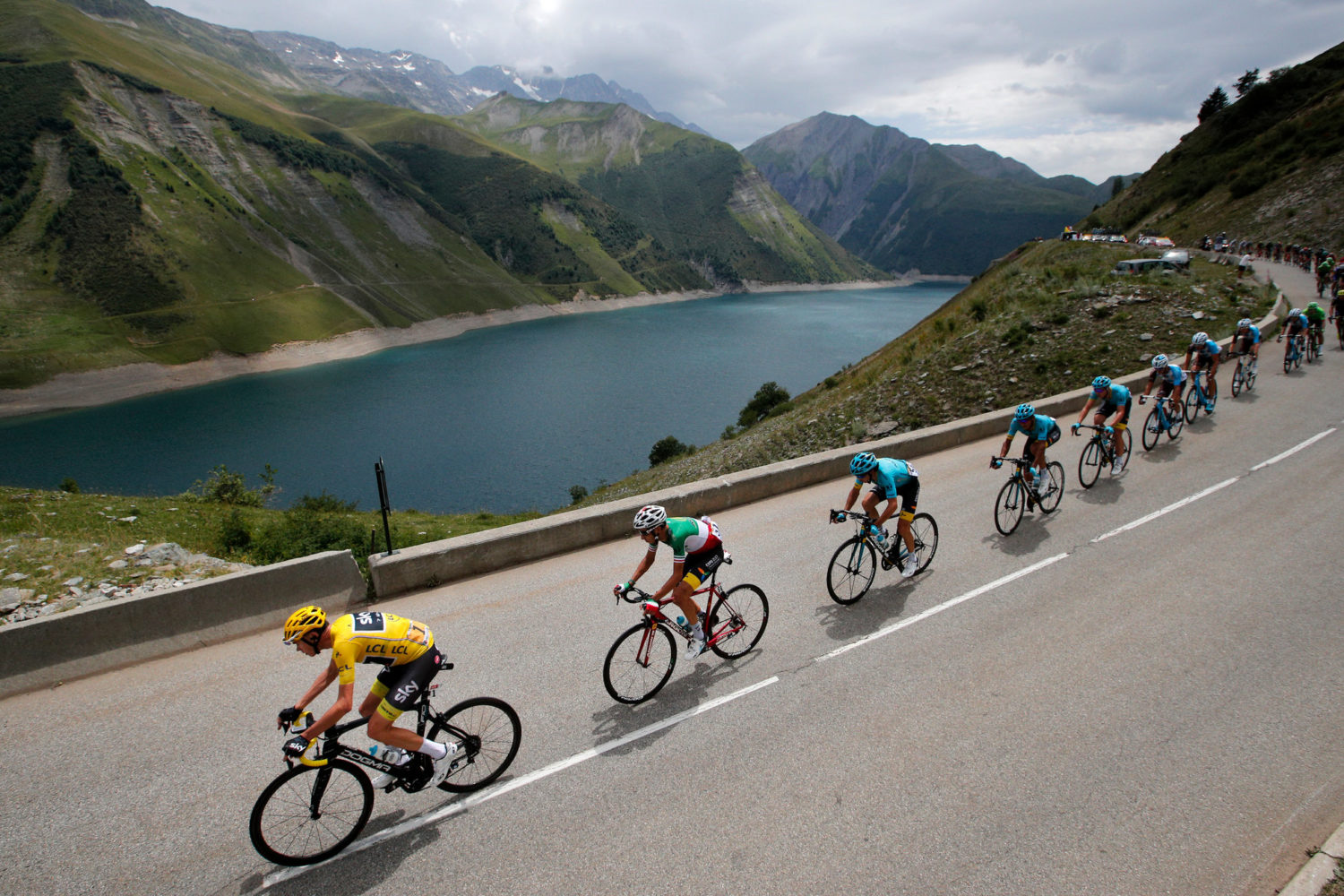 The penultimate mountain stage of the 2017 Tour de France was always going to be a tetchy affair, with so much still to play for and so it would turn out to be. Many tried and failed to get into the breakaway early on and the movement in the bunch on the approach to the first climb of the day the Col d’Ornon took out not one but two jersey wearers.

Mountains classification leader Warren Barguil (Team Sunweb) came through it with little damage but green jersey wearer, Marcel Kittel was not so lucky. He looked in pain as he endured a lengthy wait for a replacement bike and a damaged cleat meant he had to change his shoe. Eventually, he was able to ride on, but an ice pack on his shoulder was evidence of a serious underlying issue.

While Kittel was being attended to by the medical car behind the pack, a break began to form at the front. Adding insult to injury, Kittel’s biggest rival for the green jersey competition, Matthews was one of many riders to make it clear. The Sunweb rider was joined by 29 other riders, including Roglic, Thomas De Gendt (Lotto-Soudal), Laurens ten Dam (Sunweb), Mathias Frank and Cyril Gautier (AG2R La Mondiale), Bauke Mollema and Jarlinson Pantano (Trek-Segafredo) and Daniel Navarro (Cofidis).

The top of the Col d’Ornon in sight, Matthews and De Gendt pushed on. De Gendt was looking to mop up a few mountains points but Matthews, playing the team game, had other ideas and sprinted around him to crest the second category climb first. The peloton would follow them over already five minutes behind.

Alexander Kristof (Katusha-Alpecin) came down hard on the descent of the Col d’Ornon. The Norwegian looked like he’d been in a bar brawl when he got back on the bike with a bloody cut under his eye and a jersey ripped to shreds.

Meanwhile, Matthews and De Gendt were still riding off the front with Matthews taking the points at the intermediate sprint too.

The main GC battle was not going to take place until the riders hit the Galibier but Contador decided to go early on the slopes of the Col de la Croix de Fer. Having struggled through much of the Tour de France, it was really great to see Contador on the attack. He initially too Nairo Quintana (Movistar) with him but the Colombian did not have the legs to hold onto a determined Contador.

Quintana had already tried to go away before Contador had launched his move. His day would get even worse later on when he was well and truly dropped by the favourites.

Contador was forced to bridge much of the gap alone until he got close enough to the leaders for his teammate Michael Gogl to drop back and keep him company. By the time Contador had them in his sights; the breakaway was dropping in numbers.

Matthews and De Gendt were still ahead, but it wouldn’t be for long with Contador on a mission. With 89 kilometres still to run, they were brought back and the real battle for the stage win would begin. Meanwhile, news came through that Kittel had called it a day, leaving the Tour de France with an injured shoulder and five stage victories.

Contador was no threat to their race lead but that didn’t stop Team Sky’s Vasil Kiryienka setting a blistering pace that would see the break’s advantage diminish very quickly. By the Telegraphe, the lead was down to 3:20 and there were just 10 riders left out front. A bike change left Contador on the side of the road for some time but he was quickly back with his breakaway companions. They were not going to leave him behind just yet.

The gap would go out again ahead of the Galibier but as the leaders tried to shake each other off, the decreasing peloton worked their way ever closer. After several failed attempts, Roglic finally broke free with 35 kilometres remaining as Contador paid for his efforts earlier in the day.

Behind, Dan Martin was the first of the GC riders to attack but his lead would not grow to much more than 10 seconds. As had been expected, Bardet launched a flurry of moves towards the top of the Galibier. While unable to break free of the yellow jersey, he did distance one of his main rivals, Aru. The Italian champion had been labouring and after chasing back on a number of times, he finally cracked and was never to see the group of favourites again.

As Roglic glided his way down the long descent towards the finish, the yellow jersey group would continue to fracture. Simon Yates (Orica-Scott) suffered badly, while his white jersey rival Louis Meintjes (UAE Team Emirates) joined forces with Aru.

Bardet, Uran, Barguil and Landa stayed with the yellow jersey Froome right up to the line, with Uran winning the sprint for second place over a minute behind Roglic.