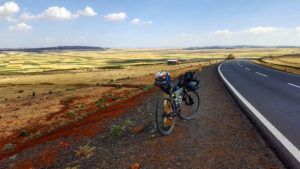 “To raise exposure, funds and books for Shine, I will endeavor to cycle from Cairo to Cape Town arriving in time for the 40th Cape Town Cycle Tour on the 12 March 2017. One week later I will be on the start line for the toughest mountain bike stage in the world, The ABSA Cape Epic which will kick off 8 days of grueling riding on the 19 March 2017. One week after completing the Cape Epic, I will line up for the IRONMAN SA Championships in Port Elizabeth on the 2 April 2017.”

Ethiopia 1/5 – Finally…I’m out of Ethiopia and into Kenya. It felt like I would never get out there at times. I’ve really struggled to think of what I would say about Ethiopia (and how I would say it) and I’ve had a lot of time on the bike to think! Like all the other experiences I’ve heard about, it started with anticipation and more than a bit of trepidation. Ultimately, now, at the end, I’m just insanely glad to be out the country and I’m not sure I ever want to come back. I read an account a few months ago of a guy who admitted to literally crying with relief as he crossed the border into Kenya. I secretly scoffed and thought, come on man. But now…I can nod my head in sympathy. While I don’t feel quite that extreme and while Ethiopia has been some of the best riding I’ve ever done on a bike (and I’ve had some really amazing positive experiences), the constant attention has been draining. I’ve also been punched, kicked, spat on, had rocks thrown at me and been a game of chicken for the numerous taxis and mini buses as they career towards me on the wrong side of the road. I can’t work out where it all comes from. Half the country has an inferiority complex and wants to be noticed and acknowledged and the other half is insecure and aggressive. 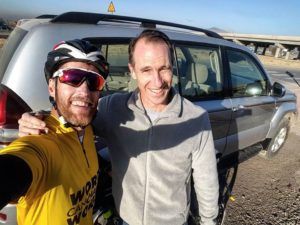 Ethiopia 2/5 – Add the almost compulsive shouting of “you you, where you go” (I swiftly worked out they don’t know what they’re saying) and “hey you farangi” (foreigner) from every person bar none as you cycle past – the shouting gets more hysterical after you have passed – the insanely loud horns of the trucks in your ear as they pass by, along with the lung busting miles of climbs at altitude, the stony gravel roads and it is the most mentally challenging place I have ever been to. There were times when I didn’t want to leave the safe and peaceful confines of my hotel in the morning, no matter how shitty my room was, as it still seemed preferable to facing the shouting and screaming for another 8 hours. What also did not help was that I was really nursing my chain till Addis (feeling more vulnerable than normal, expecting it to break at any point and then I would have 20 silent staring kids around me in seconds) and the lack of wifi and regular connection with friends and family. Addis Ababa was the exception to all this and I absolutely loved my time in the city with Carl (from the SA Embassy) and his family. Thanks guys, absolutely incredible! 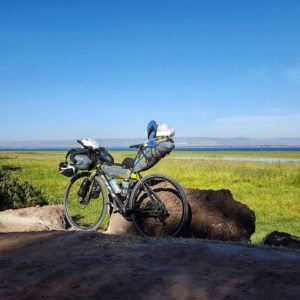 Ethiopia 3/5 – I was feeling pretty low and burnt out when Carl picked me up on the ridge overlooking Addis. I had been on the road for 7 days and the Northern Highlands, as stunning as they were (remind me to post about the Nile Gorge, one of the coolest and most brutal climbs I’ve ever done) had completely broken me. If you had offered, I would have flown from Addis to Nairobi, just to get out the country. However, an hour in Carl’s company and I was feeling more positive and optimistic than I had in days! Carl is the perfect diplomat 🙂 Also a keen cyclist, he could relate to the last few days. While in Addis I gave a short talk at the SA Embassy and was also shown around the African Union HQ. The Le Rouxs house was SA hospitality at its best and I reluctantly left, staying an extra day than planned, but feeling recharged and in a more optimistic mood. That lasted one day! Haha. Two experiences saved Ethiopia for me in the past couple of days though and I will try hold onto them. Second day out from Addis (Christmas Day) I pushed for a big day of 150 km to get to a pretty lake town called Hawassa. Weirdly the locals had been quieter than normal and no stones thrown today. At around 110 km I was really flagging and the climbing had started again, I pulled over at a small stall with a concrete veranda. Smashed a Sprite and some biscuits and decided to sit down for a bit. 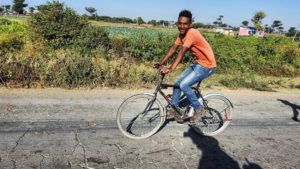 Ethiopia 4/5 – By now the whole family had come out to stare at the farangi. Then I decided to lie down and close my eyes for a bit. Within a few minutes a mat and a pillow had materialized and I was being motioned to get up so they could lay it down and I could lie down on it. I had the best 30 min nap 🙂 The next day I started out early, but after 20 km had made painfully little progress and I was absolutely caked in dust from the trucks and coughing up a lung. The road was a series of steep hills, was non existent with loose rocks, dusty, rutted, with sharp stones and my bike and body was taking a hammering. Because I was going so slowly, the kids were out in force, running and screaming at me and grabbing at the bike. Then I remembered what Johan had said to me in Sudan…there was a 250 km section in Ethiopia (he neglected to say where it was) where he said his best day was 50 km. My heart sank. Shit. This must be it. And he was on a MTB. I did the math. Luckily it was simple math. Instead of 5 days to the border, it would take me 9-10 days. Argh. My visa was going to run out in 7 days. Hmm. After a while I flagged down a 4×4 coming the other way and he confirmed in sign language and broken language that, yup, basically, farangi you are screwed. With about 10 kids staring at me, I decided to try hitch a ride! 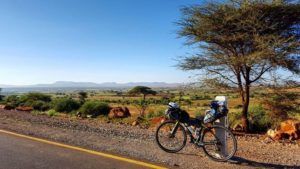 Ethiopia 5/5 – Half an hour later a 4×4 Land cruiser passed, I thought it was a bakkie at first and tried to wave them down. They kept going and disappeared, but then a few minutes later came back over the hill to check on me. They were going to Yabelo…jackpot! That was at the end of the bad roads and my best case hitching scenario. I had been expecting to hitch a few times to make the distance. The bike went up on the roof and I got in. They were 3 of the nicest guys I have met. They were business colleagues from Addis and involved with rural development projects and made sure at regular intervals that the bike hadn’t been thrown from the roof! I was intensely glad to be off the road and to put it in perspective, it took us 9 hours to cover 250 km that day in a 4×4. Two riding days later, I have arrived at Moyale and the Kenyan border. Ethiopia made it tough to the end with a fierce headwind all day today. I truly don’t know what to think of Ethiopia in the end, it’s a stunningly beautiful country, but not one I ever want to go near on a bike again. And certainly not solo. Maybe with a mate it would have been different. But years of aid and charity seem to have given the population a very confused sense of identity. And those kids…shew. If I go back it will be with mates, or a tour group and in a 4×4. @ricknethercote said two things to me before I came into Ethiopia. He said the country was the most mentally and emotionally taxing country he has done. He also said, your quads will never be the same again. Spot on. Now, into Kenya!